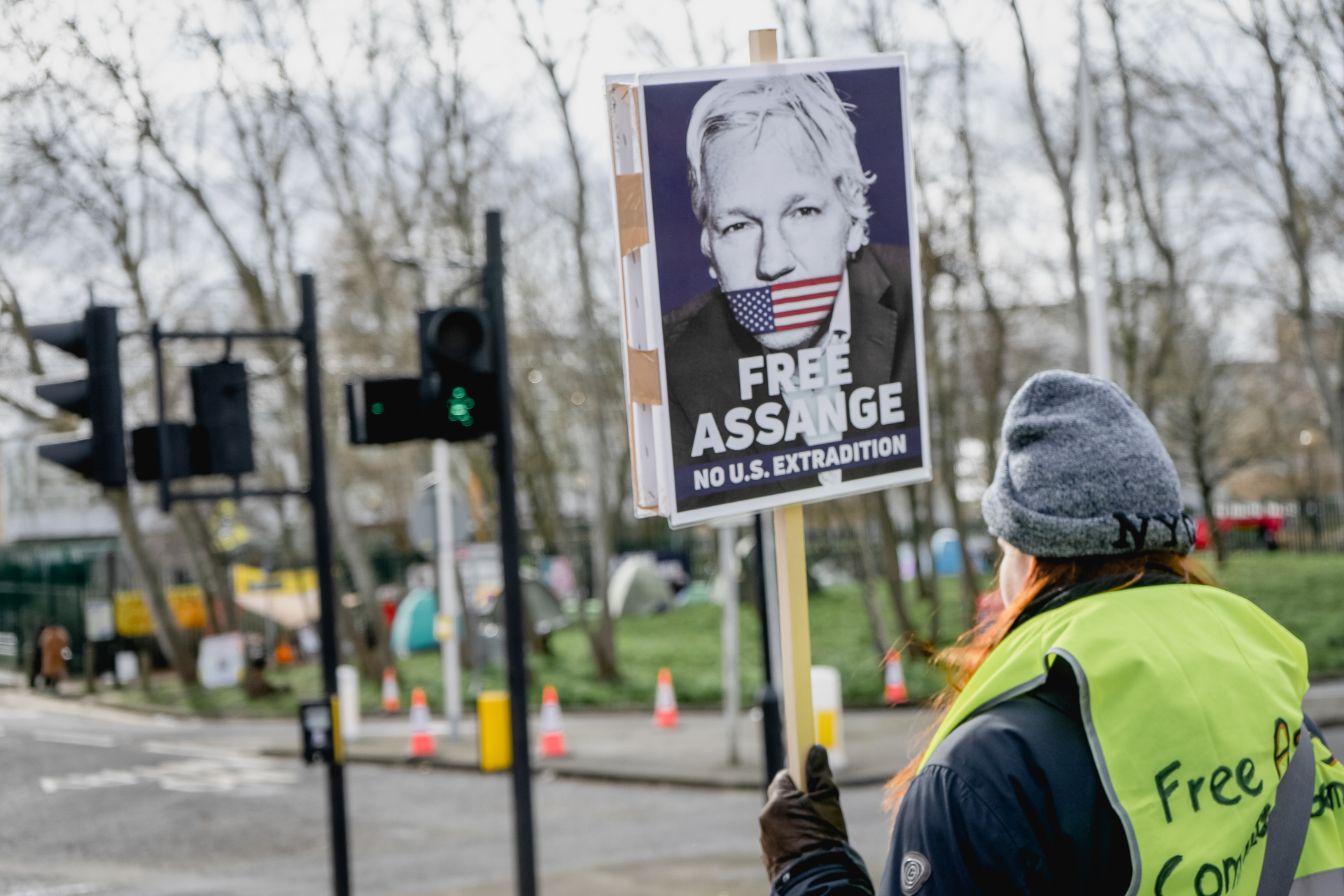 The first phase of the extradition hearing of Julian Assange ended today with a row on whether he was receiving a fair trial.

Defence counsel Mark Summers QC, told the presiding judge, Vanessa Baraitser that Assange being held in a sealed, glass-fronted dock at the back of the court was hindering Mr Assange’s ability to participate in the case. As we reported yesterday, Assange told the court yesterday, “I am as much a participant in these proceedings as I am at Wimbledon.”

Summers said that this kind of “secure dock” did not even exist 20 years ago, and noted that almost every other country, including the United States of America had dispensed with it. He said that as the dock was located at the rear of the court, the lawyers could not see their client see him unless they look around, and even then it was difficult to communicate through such a physical barrier.

He also said it was “impossible to speak confidentially,” to his client while in the dock, as he is flanked by two guards, the dock contains microphones, and representatives of the US government are sitting only a few feet away.

The defence barrister proposed that Assange be allowed to sit with his legal team and that he would still be in custody, adding “You can even be in custody while enjoying the delights of the court canteen, the issue is whether he is being properly supervised.”

He then gave a number of examples of vulnerable defendants being allowed to sit with their legal support team. “It’s not unusual,” he said.

Assange then stood up in the dock and said, “The problem is I’m not able to get representation.” Judge Baraitser then told him to “keep quiet and speak through his lawyers.” He replied, “that’s the problem, I can’t.”

The prosecution said they were neutral on the matter and had nothing to add.

The judge then rejected the application saying that she would allow more breaks in proceedings to allow Assange and his lawyers to consult.

Earlier this morning, the court had heard further argument on the issue of if someone could be deported for a “political offence.” While the UK/US extradition treaty itself says they cannot, the prosecution say that the 2003 UK extradition act does not mention it, and this is what the judge should consider.

Edward Fitzgerald QC, for the defence, told the court that it could not just ignore the working of the treaty saying, “We’re in a pretty strange Alice in Wonderland world where the treaty that controls and gives rise to the request, supposedly has nothing to do with the legality of it, it’s very strange,” adding: “it is generally accepted worldwide that people should not be extradited for a non-violent offence of a political nature.”

Judge Baraitser has said she would reserve judgement on the matter.

The four-day hearing then adjourned, to resume in May when the legal arguments we have had so far will be replaced by around four weeks of witnesses and evidence.