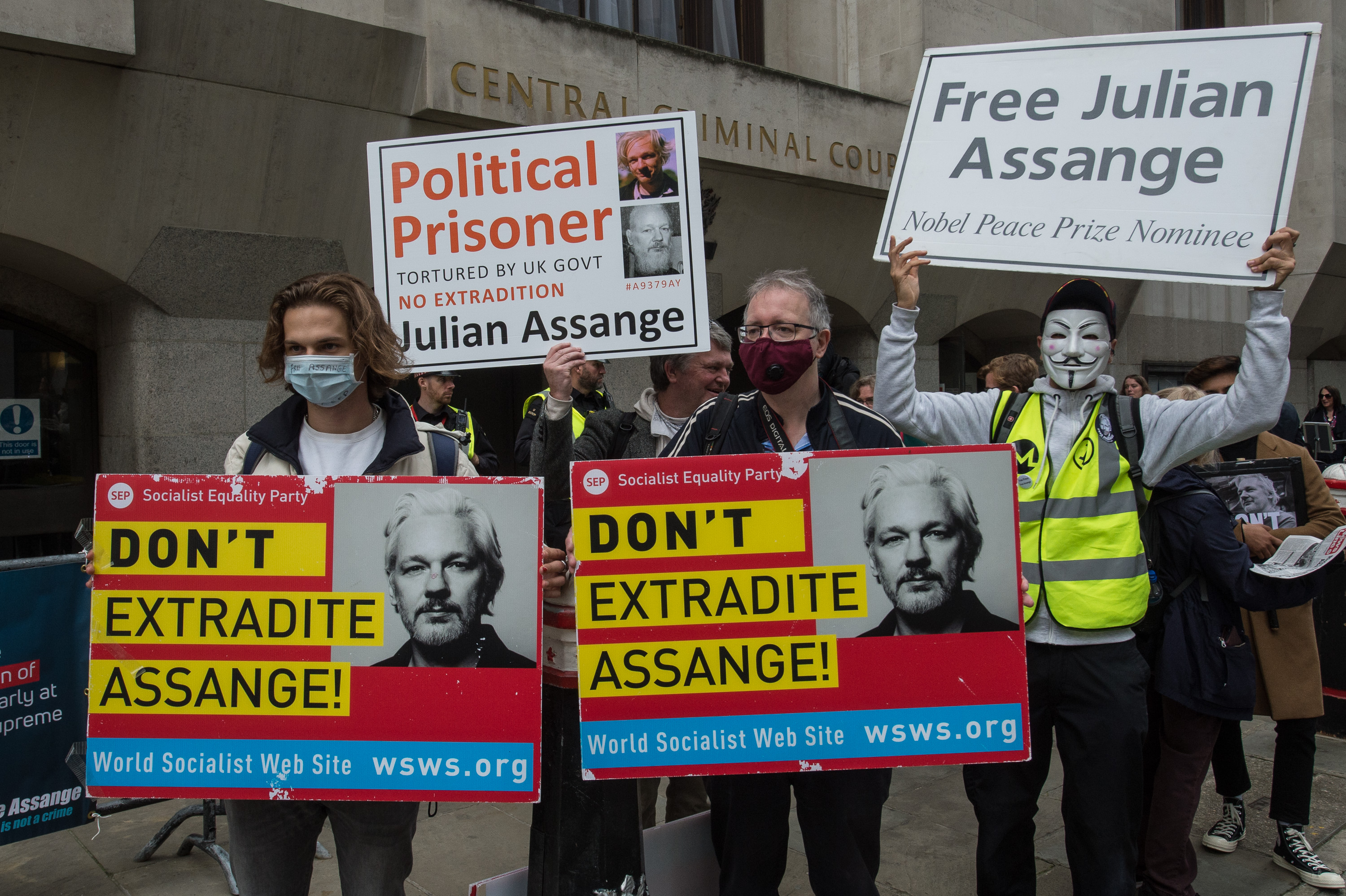 When proceedings resumed at 2pm, the defence asked for a further 30 minute adjournment to consult with their client about this morning’s rulings; there being no objections court rose until 2.30pm.

When court reconvened, Mark Summers QC, for the defence, rose and asked for his case to be postponed while new evidence from the US government is looked at by the defence, saying the defence “was simply not in a position to gather information about the new evidence,” adding that given Mr Assange was being held in custody this was not a decision they were taking lightly, but his client had not even seen the new indictment and they could only communicate with him via short telephone calls.

Asked how long an adjournment he wanted, Summers said until January 2021.

Responding for the US government, James Lewis QC said that this appeared to be a case of only asking for an adjournment after the defence team had lost this morning’s motion, stating that “we are here and we are ready to go.”

After a short adjournment, District Judge Vanessa Baraitser came back into court and ruled that the defence had had numerous opportunities to ask for an adjournment and had not done so, she therefore refused the application, a decision that may be subject to legal appeal given the situation.

After all these months the case then heard from its first witness, Professor Mark Feldstein, by video from America. After declaring to tell the truth, Mr Feldstein’s testimony was halted by a technical issue with the videolink.

When proceedings resumed Edward Fitzgerald QC for Mr Assange questioned Mr Feldstein about two reports he has written over the case. The witness told the court he graduated from Harvard and spent two decades as an investigative reporter, before gaining his PhD and becoming the head of broadcast journalism at the University of Maryland.

Feldstein told the court he is not being paid for his evidence, adding that the leaking of classified information is “endemic,” in America, including by the US government itself which “leaks with abandon.” The court heard that leaks expose corruption and misuse of power and “go back to the time of George Washinton.”

After telling the court leaks occur “on a daily basis,” the witness was asked if this meant there were prosecutions on a daily basis and Feldstein replied that to his knowledge no publisher had ever been successfully prosecuted in the United States for publishing leaked information. “There is no precedent in this matter,” he told the court, saying that he knew of no historical situation when a grand jury had brought charges against a publisher.

At this point further technical issues with the video feed intervened and the court’s connection with America was lost. Court adjourned until tomorrow morning at 10am.