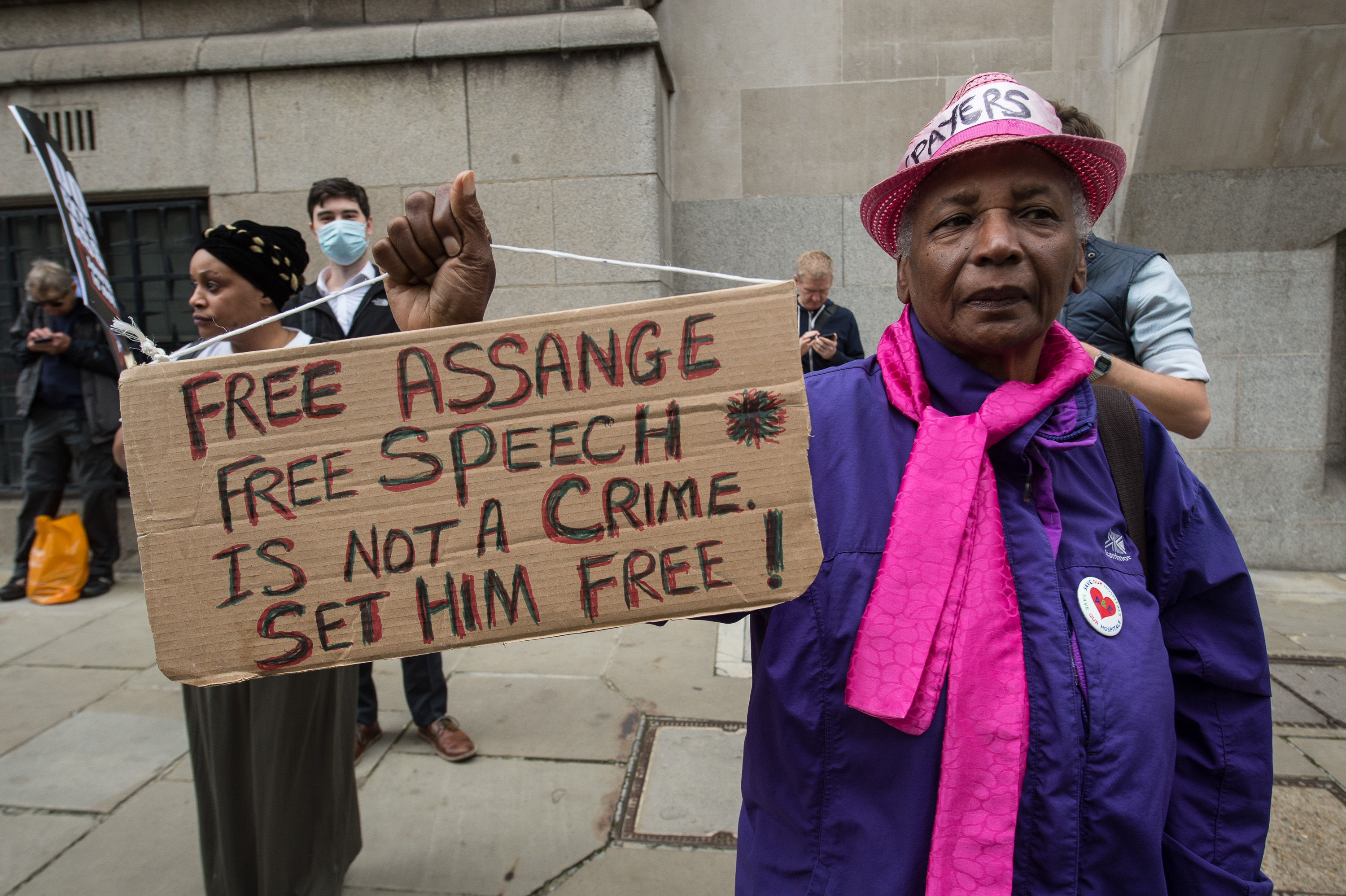 The Trump administration wanted a “head on a spike,” to deter future leakers and put pressure on the US Justice Department to prosecute Julian Assange a court has heard.

The evidence, from US Professor Mark Feldstein, came on the second afternoon of Julian Assange’s extradition hearing at London’s Central Criminal Court, The Old Bailey.

Feldstein told the court that in 2010 and 2011 the Obama administration was very eager to prosecute Wikileaks over the Iraq war documents it had released, however, they had been told by the Justice Department that not only would this be unconstitutional, but it would also create a precedent that could lead to many other journalists being prosecuted as it was, “too similar to the conduct of reporters at many other news outlets.”

Feldstein, a senior professor in the Journalism department at University of Maryland, was also asked by the defence about one of the charges Julian Assange is facing, that of soliciting classified information. “This paints journalistic activities in a very nefarious light,” he said, “we teach acquiring secret documents in journalism school,” adding that he himself has worked with contacts and sources to obtain information, “it’s standard practice.”

Asked about Assange helping Manning hide that she was his source, the witness says protecting a source is an obligation for reporters and that journalists have gone to jail rather than reveal them, and that governments often classify information because it is embarrassing to them, not because it is a threat to national security.

Cross-examining on behalf of the US Government, James Lewis QC challenged professor Feldstein describing himself as an “unbiased expert witness,” saying that his written statement showed he had failed to quote parts of newspaper articles that contradicted his evidence. The professor replied, “The proof is in the pudding, they [the Obama administration] did not indict adding, “The Obama administration made a decision not to prosecute on 1st Amendment grounds and on the advice of officials.”

Lewis then raised a 2016 tweet from Wikileaks that said if Chelsea Manning was given clemency Assange would hand himself over, which, he said, shows Assange knew there were still active proceedings. Feldstein replied saying that he only saw that tweet last night and “it didn’t make much of an impression.” Asked if he should have included it in his witness statement, the professor replied that he didn’t think Wikileaks would know about the grand jury situation at that time.

Lewis then suggested that Feldstein had engaged in a “diatribe against President Trump, and would he not apologise?” The witness replied that he didn’t understand the question as it was a “double negative.” “I’ll leave that there,” prosecution counsel replied.

Prosecution counsel then put it to the Professor that the 1st Amendment did not allow journalists to hack computers just to get a story and that UK reporters had been jailed for hacking into telephones in the News of the World case. Feldstein agreed but added that it depended on the details.

Lewis then asked the witness if a reporter should reveal the names of the third party in a situation where this might put them in danger, he replied, “no.” The prosecutor then asked if there was any information a government might legitimately try and keep secret such as “troop movements in time of war, nuclear codes.” The witness replied “yes,” adding that “the problem with yes and no answers is that Assange is being prosecuted under the espionage act which does not require that the USA shows any actual harm was done by the Wikileaks revelations.

Prosecution counsel then put it to Feldstein that US prosecutors were not allowed to be motivated by politics. “That’s a bit naive,” Feldstein replied. Lewis then suggested that the Grand Jury system was a bulwark against political interference in prosecution decisions. Feldstein replied that much of the evidence on that remains secret and we will only know “when history delivers its verdict.”

Mr Lewis ended his cross-examination by asking the witness if he agreed with the theory that Trump is prosecuting Assange only to cover up his own involvement with Wikileaks, Feldstein says he doesn’t.

Re-examined by the defence, Feldstein agreed it is very common for journalists to ask or solicit information from government employees, and that he had never heard of any previous prosecution on that basis, “it’s a chilling prospect to criminalise that…it’s criminalising journalism itself,” he replied, adding “Journalists are not passive stenographers…It can’t be right that the only way journalists can get information is anonymously in the mail.” Feldstein said the nature of the indictment showed that the Trump administration “had journalism firmly in its sights.”

The evidence of Professor Feldstein then concluded and the court adjourned for the day.