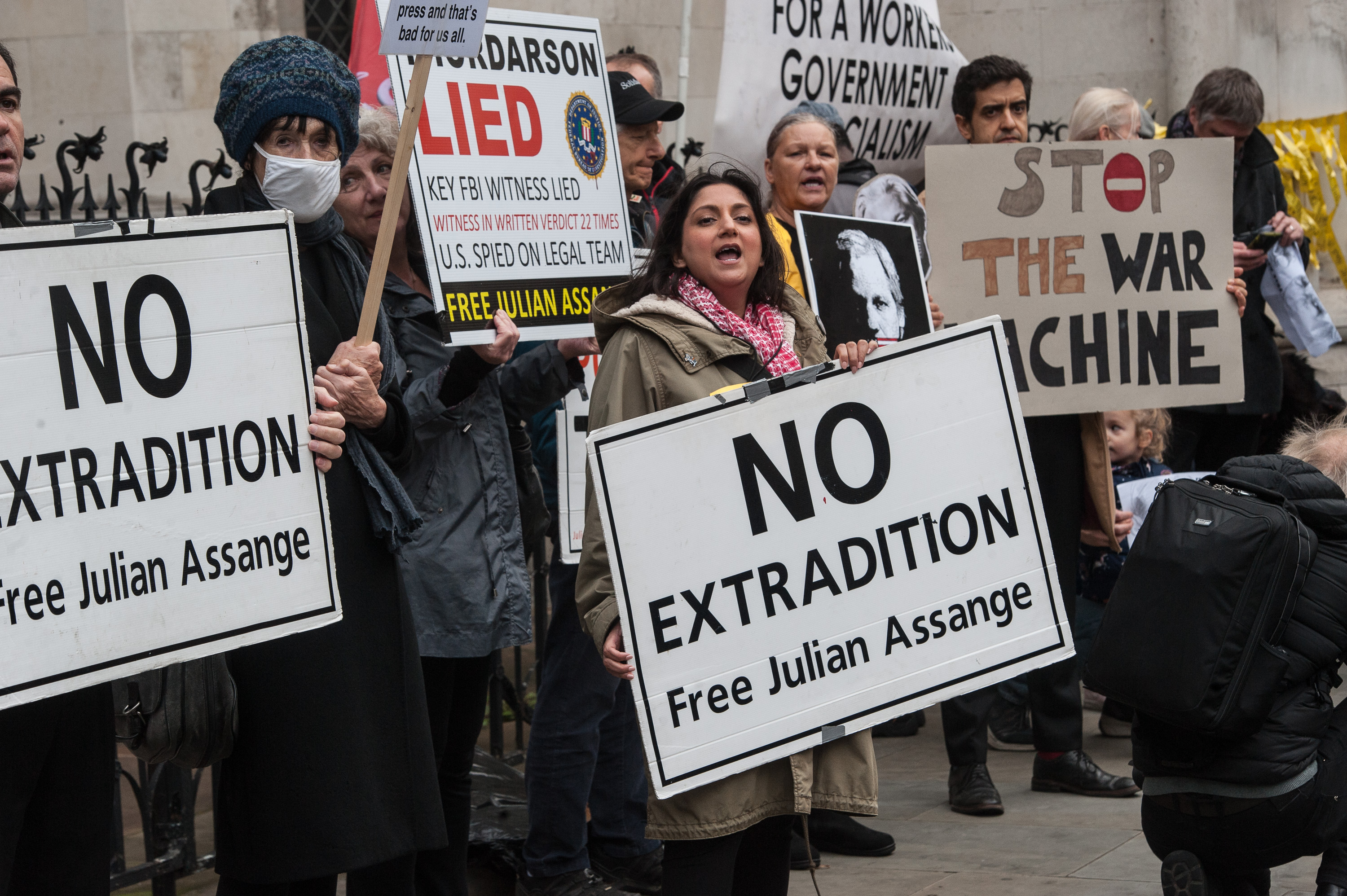 US says Assange judge made decision on “misleading” evidence

Professor Michael Kopelman, professor of neuropsychology at Kings College London was asked by Mr Assange’s legal team to produce a report on the Wikileaks founder’s mental state, and he later gave oral evidence during the four week hearing at the Old Bailey last year. However, counsel for the US government, James Lewis QC, argued at today’s appeal hearing, brought by the US to try and overturn the previous decision that Assange should not be extradited, that “no weight,” should be given to Professor Kopelman’s testimony.

The QC told the court that Kopelman’s diagnosis was based on “self-reporting” by Assange and that the WikiLeaks founder was an “avid reader” of the British Medical Journal.”

Lewis also noted that Assange had met his legal team before he met the psychiatrist.

“We can’t read anything into that,” the judge responded.

Lewis continued by saying Kopelman’s report was “misleading,” as it failed to mention Assange was in a relationship while in the Ecuadorian embassy and had fathered two children, instead of describing his conditions were, “akin to solitary confinement.” “Saying he had started a family might have put a different complexion on things,” the QC said,

The QC notes that Stella Morris is interviewed in Kopelman’s report, but nowhere is it mentioned she is Assange’s partner and mother of two of his children, an omission Lewis said was “actively misleading.”

“This was not an honest declaration of truth,” and the judge was mistaken to rely on it,” he continued, observing that the court itself was only told about the two children during a bail application last year.

Mr Lewis then read out long excerpts from his own cross-examination of Kopelman (you can find a full report on that here.)

Lewis then noted that the District Judge had said she “preferred,” Professor Kopelman’s evidence but not given any reason why despite his own cross-examination. “We asked her to give it no weight, and she gave it all the weight, ignoring the other psychiatrists,” the QC said.

Rising for the defence Edward Fitzgerald QC argued that that the District Judge’s ruling was correct saying the US side “is asking for reasons about reasons,” and that, “A judge can’t give a reason why they accept or reject every single piece of expert evidence, it’s just not possible.”

He said that the original judge had seen weeks of hearings, and had heard Kopelman in person being cross-examined. She had also told the court that she had not been misled, as she had known about the situation and regarded Kopelamn’s actions as “A natural human response,” to the perceived danger Assange’s partner was seen to be in.

“We must respect her conclusions,” Fitzgerald said.. Saying she had heard all of the defence witnesses including those who testified on US prison conditions. He then said the prosecution submissions were “just an attempt to relitigate the case.” The QC also said many of the issues Assange was faced with were not a product of Special measures of a Supermax prison but were systemic in US jails. Therefore the qualified assurances he would not face a Supermax regime were worthless.

Court then adjourned for the day, with the defence set to continue its submissions tomorrow.