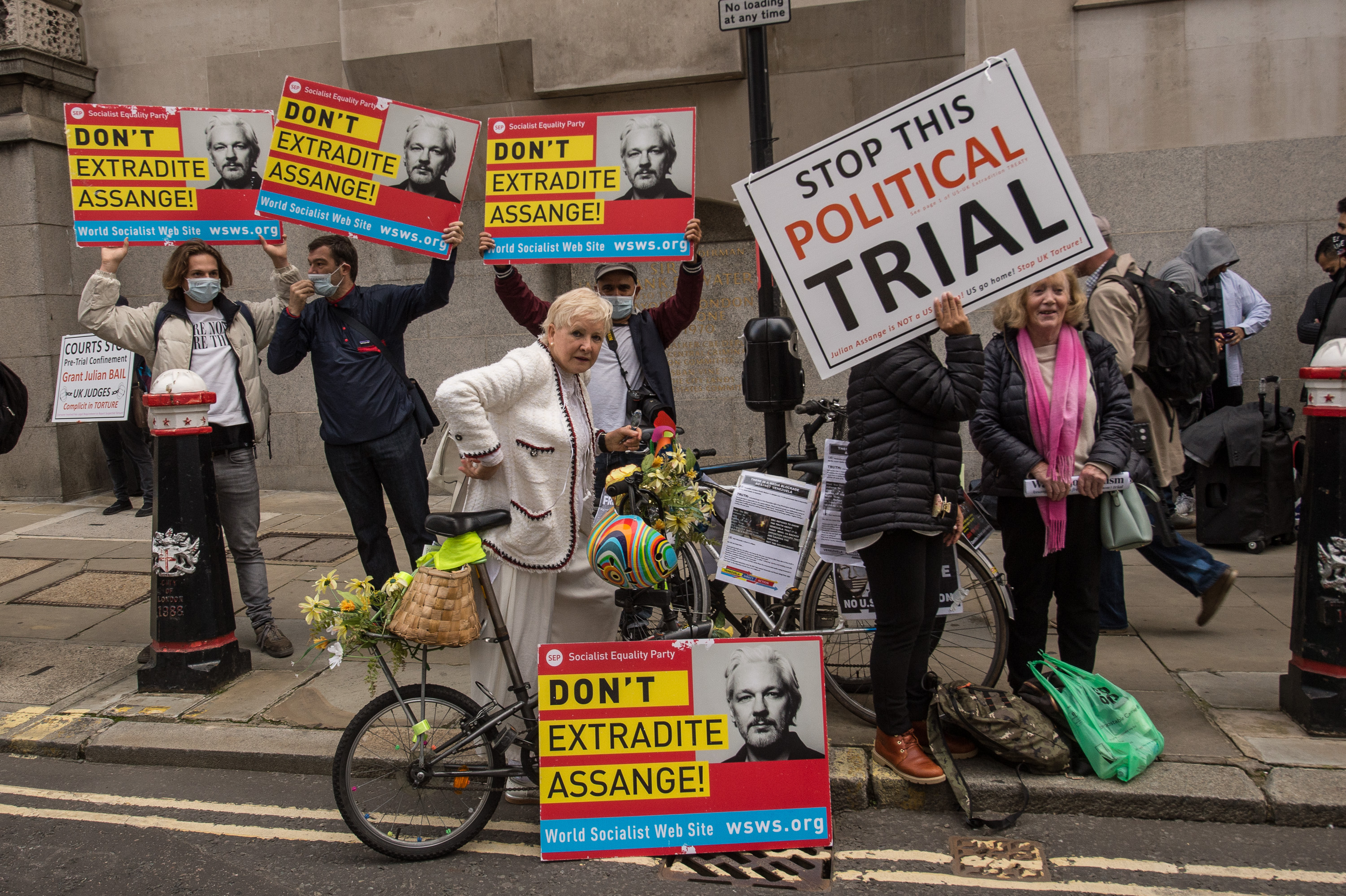 A victory for the US government in the Assange case would “criminalise every journalist,” a press freedom expert has told a court.

After a delay due to technical issues, proceedings resumed at the Julian Assange extradition hearing this afternoon to hear evidence from a defence witness, Trevor Timm, via videolink from the USA.

Timm, the founder of the Freedom of the Press Foundation told the court there have been numerous attempts by the US government to use the Espionage Act against journalists and none have ever been successful. He told the court that in his opinion this prosecution would mean that any journalist in possession of classified information could be arrested.

He stated that if the charges being applied to Assange had been in place in the 1970s, Watergate reporters Woodward and Bernstein could have been thrown in jail, adding that if asking a source for classified information is espionage then the secure “dropbox” systems used by over 80 publications worldwide to encourage whistleblowers to send them information would also be illegally “soliciting classified information,” which is one of the charges against Assange.

Timm told the court “I myself have advocated for leaks in cases where the US secrecy system is hiding abuse, corruption, or illegal acts and no-one has ever suggested I was committing a criminal act.”

Rising to cross-examine, James Lewis QC for the US Government, as he has with every defence witness so far, challenged Timm’s status as an “expert witness,” noting that his organisation had contributed $100,000 to Assange’s legal costs, so he could not be considered to be objective given this conflict of interest.

Lewis then told the court that the prosecution “do not regard Julian Assange as a journalist.” Timm replied that it is not up to the government to decide who is a journalist as “it is the right of everyone,” and that Assange was clearly “engaged in journalistic activities.” The prosecution QC then pointed to a US Justice Department statement that Assange was not being prosecuted for publication of classified material, Timm replied that he made his judgement “based on the facts, not US government press releases.”

After counsel suggested to Timm he hadn’t seen all the evidence in the case, he replied that if there was secret evidence that had not been released he clearly hadn’t.

Asked about the Wikileaks publication of unredacted names of Iraqi and US informants by WikiLeaks, Timm responded that he had never said WikiLeaks had perfect editorial judgement, any more than the Guardian or New York Times have, but if bad judgment is criminal many other publications would be under threat adding, “It shouldn’t be up to the US government to decide if an editorial judgment is criminal.”

Timm continued, “The 1st Amendment is not a balancing act, it also covers unpopular speech, or touches on subject matter that makes some us uncomfortable.” Lewis asked the witness, “Are you a lawyer? What expertise do you have to give legal advice?”

Timms replies that he graduated from law school in 2008 and was called to the New York Bar,” but later decided to run a non-profit organisation instead.

The prosecution barrister quickly moved on.

The witness was then asked why he was ignoring the fact that US prosecutors were bound to act in a non-political way, Timm replied that Trump’s hostility to journalists is well known and that a number of US prosecutors had refused to get involved in this case due to the 1st amendment issues involved.

There was then a heated discussion when the defence rose to say that Lewis has reached his time limit of one hour.

He vehemently objected to this and argued with both the defence and the judge, until judge Baraitser said he could have more time. The prosecutor then said that he “had finished anyway,” and ended his cross-examination.