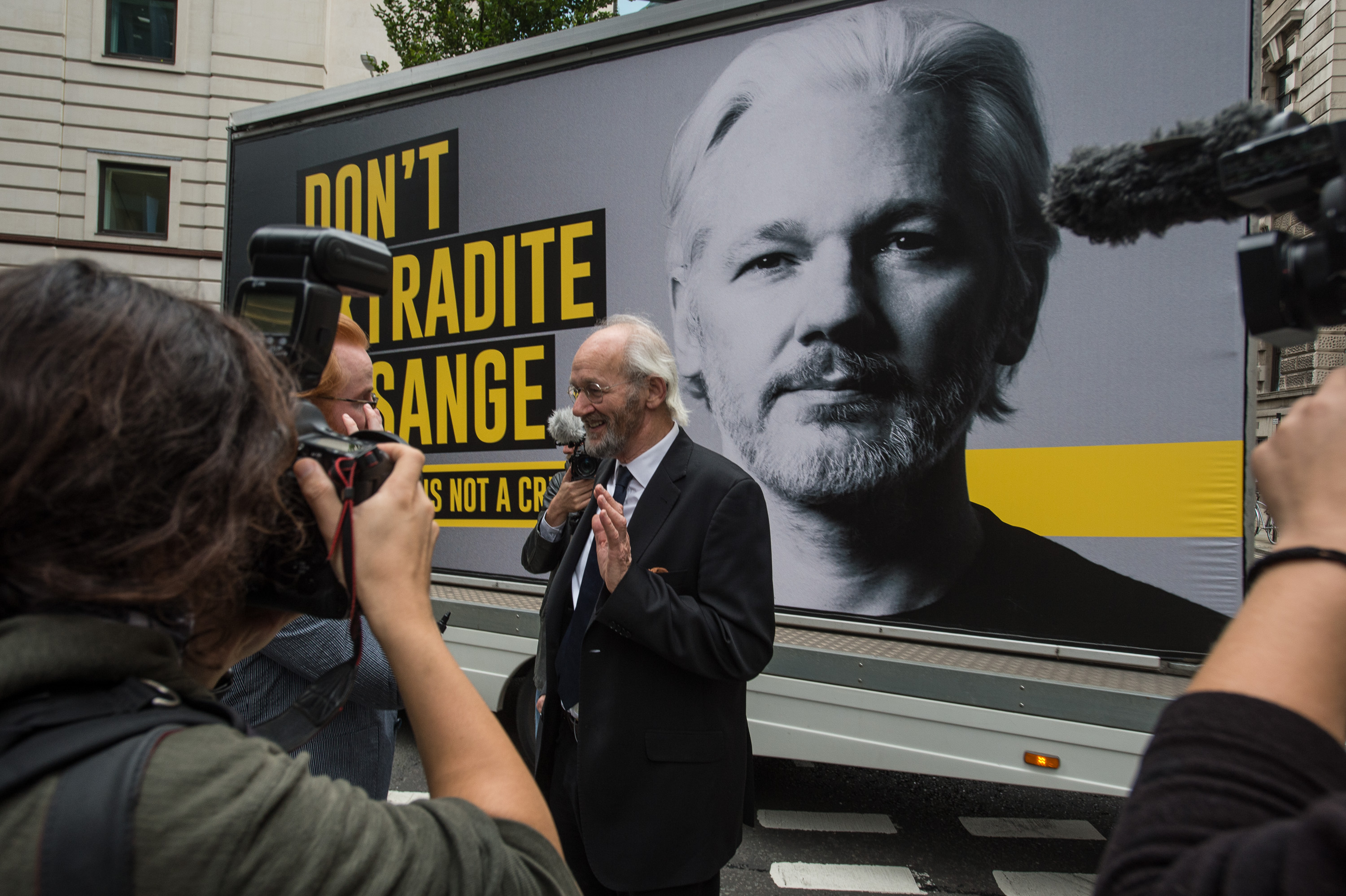 A famous Vietnam era whistleblower, 89-year-old Daniel Ellsberg, has told a court that he feels “a great identification,” with both Julian Assange and his source Chelsea Manning, who, he said, “were willing to suffer the risk of imprisonment or even death to get information to the American public.”

Ellsberg, a former US Marine officer who served with the US State Department in Vietnam during the war years, is best known for leaking a huge tranche of US government documents on the war to the New York Times in 1970, documents that showed that the government had been lying to the American people about the conflict from the beginning.

He was later subject to prosecution and a series of attacks, including threats of violence from the Nixon administration, who called him “the most dangerous man in America.” His revelations are now widely celebrated as helping to end the destructive conflict and he is the recipient of a number of international awards.

Ellsberg testified that he rejected the idea that the Pentagon Papers were good and Wikileaks was bad, saying that many of the people who had vilified him for years were now praising him as a “patriot,” as a “foil against Assange and Edward Snowden.” He said that Assange had political ideas of “sophistication and complexity,” many of which he agrees with and said his approach was “the exact opposite of reckless publication.”

Ellsberg told the court that Assange exposed what were clearly war crimes in Iraq and Afghanistan and that he was shocked that while when he was serving Vietnam evidence of US war crimes would be classified top secret with very few people having access to it, while the Iraq and Afghan war logs leaked by Chelsea Manning were available on a system that over 100,000 people had access to, saying that, “torture and assassination have been normalised.”

He further told the court that during his prosecution in 1971 he was not allowed to tell a jury why he did what he did, and said that in US espionage cases matters of motive are not allowed not to be considered.

“Julian Assange could not get a fair trial in the United States,” he concluded.

In a fiery cross-examination exchange with the barrister representing the US government in the case, James Lewis QC, Ellsberg repeatedly denied people had been harmed by Wikileaks actions, a main plank of the US extradition case, saying, “I am still capable of being fooled by the government, like with WMD in Iraq - when they told me Wikileaks had blood on their hands I believed them, but 10 years later there is no evidence.” The prosecution barrister called his statement “absolute nonsense,” saying that Osama Bin Laden had copies of Wikileaks documents when he was killed by US forces in 2011, and that the Taliban had publically said they were using the leaks to identify informers.

Asked about people in Iraq and Afghanistan being forced to leave their homes after being named by WikiLeaks as haven given information to US military forces in those countries, Ellsberg replied, “None of these hundreds of threats appears to have been carried out, if they were I would have a very different attitude.” He said that some people might have left their countries because of this and he regretted that, but added, “How many refugees have been caused in that region by US wars?”

He told the court, “They are pretending to care about the people in this region when their policies have shown their absolute contempt for them over the last 19 years.”

Asked by Lewis, “What about the disappeared people in Iraq and Afghanistan?” the witness replied, “How do you know what happened when you can’t find them?”

Ellsberg also said that “the US government could have stopped the sensitive names just being released just by giving the ones they were concerned about to Assange so he could redact them, instead “they did not lift a finger,” so they could still have the chance to prosecute him. They didn’t care,” he added, “they bear a heavy responsibility,” saying “even if it was true, it would be a small fraction of the number of people killed in US wars in the region.”

Asked if he himself had ever had a copy of the encrypted Wikileaks data, he replied “yes,” saying it was never published and he later “destroyed it with hammers.”

On re-examination for the defence, Ellsberg said that the Pentagon Papers he leaked “contained thousands of names,” including that of a CIA officer who had been involved in political assassination. He had not removed them so he could not be accused of “selectively editing” the documents, although he did hold back four folders of information on US diplomatic strategy as he did not want to undermine the chance of a negotiated peace settlement.

He then concluded his evidence.