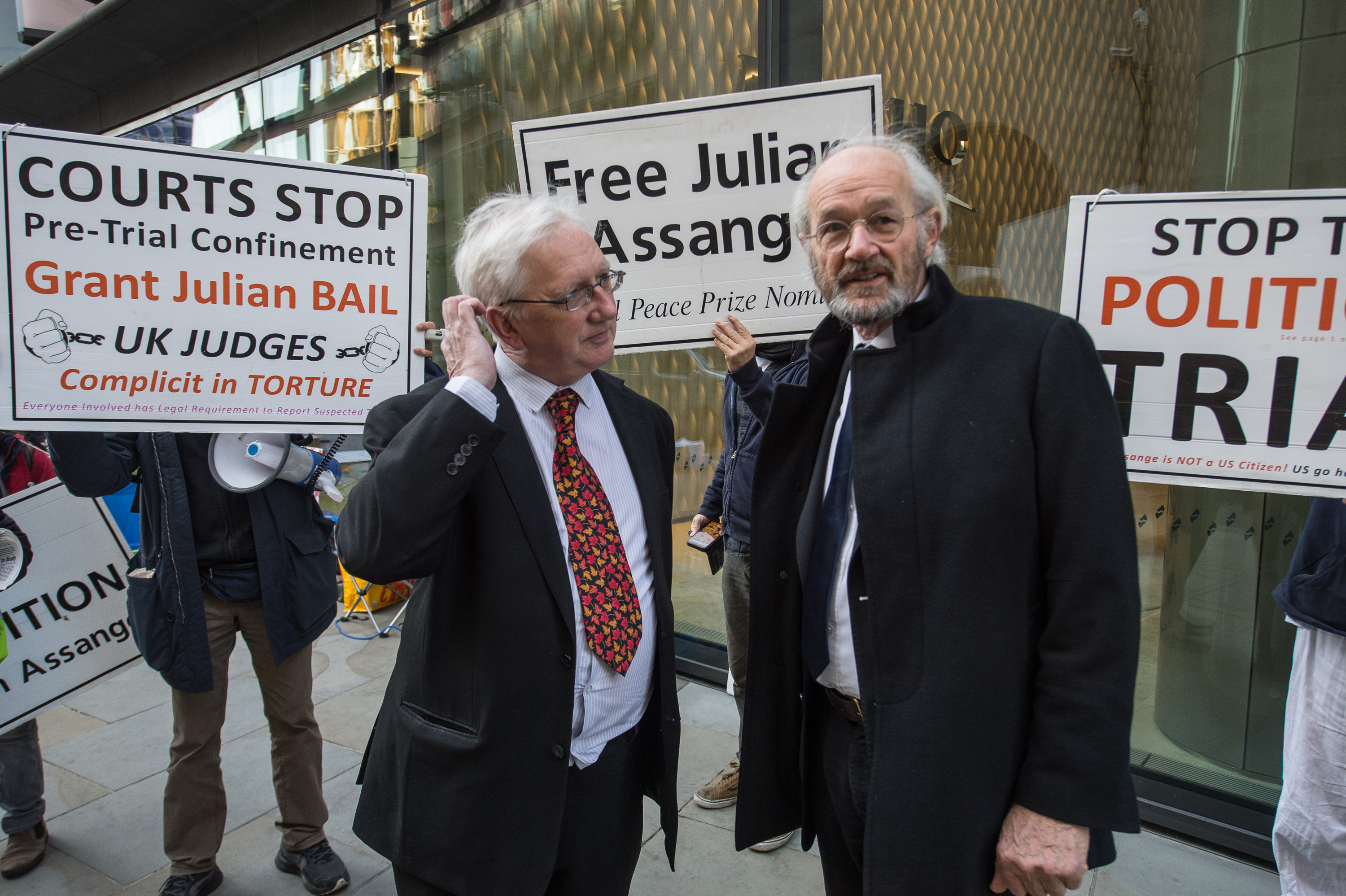 A Spanish security firm secretly filmed and recorded Julian Assange on the orders of Donald Trump associate Sheldon Adelson, the Wikileaks founder’s London extradition hearing has been told. Contractors hired by Adelson also discussed kidnapping or poisoning the Wikileaks founder and allegedly broke into the office of his lawyer, as well as passing on the information to US intelligence agencies.

The evidence, read out in court, came from two former employees of a security company UC Global, who have been granted anonymity amid fears for their safety. Witness 1 stated that they worked for UC Global, whose owner, David Morales, had a contract with the Ecuadorian government which included providing security at their embassy in London where Assange was residing.

In July 2016, Morales travelled to a trade fair at Las Vegas, saying he wanted to go alone. After this the company got a “flashy contract,” from Trump associate Sheldon Adelson. “The contract did not make sense,” Witness 1 said, as it was for security services at Adelson’s casinos which already had their own security. Asked how he got the contract, Morales allegedly told the witness, “We have gone over to the dark side,” saying they were co-operating with the US intelligence authorities to gather information on Assange.

The witness continued that after Trump won the 2016 election, this co-operation “became absolutely clear,” and daily reports were “sent to the dark side.” Morales went to the US once a month personally “to talk to our American friends, US intelligence,” and his wealth considerably increased. The witness stated their understanding was that Morales was receiving $200,000 per month for his services.

Witness 1 stated that in 2016, the CCTV cameras in the Embassy were changed to record sound, with the tapes given to the US authorities. Morales, the witness stated, was “obsessed” with Assange’s meetings with his lawyers because that was the information “the American friends wanted.”

The court then heard the written evidence from Witness 2, who stated that they were an IT worker. They said that Morales had asked for cameras that recorded sound in a way that could not be detected to be installed at the embassy. Morales also wanted US intelligence to have real-time access to the embassy, orders that came from the “highest spheres.” The company also installed a microphone in the toilets of the embassy that was hidden in an electrical socket.

The entire embassy was bugged, they stated, adding that Morales wanted to record meetings with Assange’s legal team, as the lawyers were the “priority targets.” Contractors obtained Assange’s fingerprints from a water glass, and the witness was asked to obtain a baby’s nappy so that US intelligence could check if the child was Assange’s

The witness also stated that they had heard staff discussing entering the office of one of the lawyers. Two weeks later media reported men in balaclavas had indeed broken in. They also heard discussion of more extreme measures, such as leaving the embassy door open so Assange could be kidnapped and discussion of poisoning him.

The court was told that Spanish authorities have since arrested Morales and proceedings are ongoing. The two witnesses are under armed protection after police found a gun with the serial number filed off in Morales’ home

Yesterday, before the statements were read, counsel for the US government James Lewis QC, said that he “had received no instructions,” over these statements from his clients, so would not require the witnesses to appear by video link to be cross-examined. He added that there was a “Chinese wall,” between the Justice Department and US intelligence, so any information that may or may not have been gathered would be not be known to prosecutors.